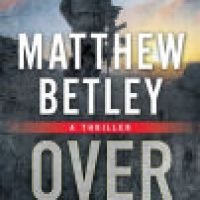 When Logan West impulsively answers a dead man’s ringing phone, he triggers a global race against the clock to track down an unknown organization searching for an Iraqi artifact that is central to a planned attack in the Middle East—one that will draw the United States into a major conflict with Iran.

Logan, a former Marine officer, is quickly contracted as a “consultant” to assist the FBI as part of a special task force bent on stopping the shadowy operatives, whatever the cost.