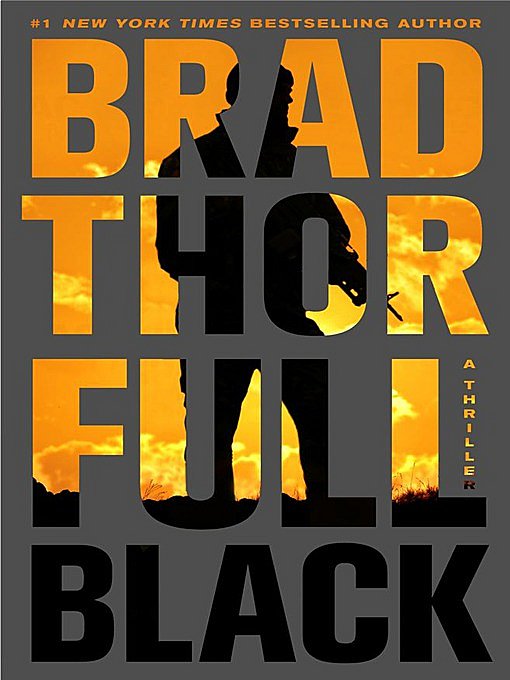 “With each terrorist attack on U.S. soil, Americans gave up more of their rights. Harvath was reminded of the line, paraphrasing Benjamin Franklin, that those who trade some of their liberty for a little temporary security deserve neither and will lose both. The wisdom of the founders never ceased to amaze him.”

“Born in the shadows and kept from heads of state, there are some missions so deadly, so sensitive, that they simply don’t exist. They are Full Black.”

At the same time, one of Hollywood’s most famous filmmakers is working on a secret documentary and unknowingly exposes one of the world’s most wealthy businessmen as a radical bent on destroying America from within.

“The Carlton Group’s mission statement was a testament to their singular focus and consisted of only three simple yet powerful words: find, fix, and finish.”

With time running out, Harvath has no choice but to go dark, trusting no-one, until he can find a way to stop the terrorists in their tracks.

Author Brad Thor wastes no time in his newest thriller, Full Black, launching us straight into the action from the very first scene and holding us on the edge of our seats all the way through to the heart-stopping conclusion.

More than just an action thriller, Full Black explores political, financial and national security issues currently being debated on the national news and around our kitchen tables.

The scenario presented here is frighteningly realistic and, though it’s a work of fiction, serves as a stark reminder that we cannot become complacent.

Buy the Full Black eBook at Beyond Just Books

Also by Brad Thor: The Athena Project, Foreign Influence, The Apostle, The Last Patriot, The First Commandment, Takedown, Blowback, State of the Union, Path of the Assassin, The Lions of Lucerne