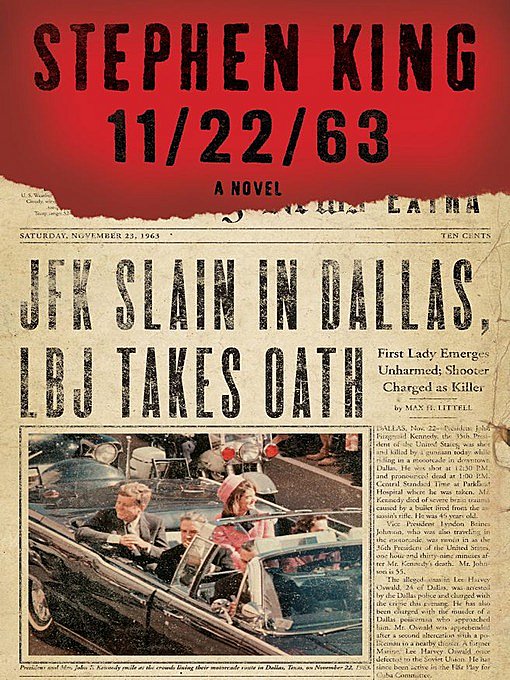 Stephen King’s newest book departs from the traditional horror genre on an interesting new path: a blend of sci-fi, philosophy, history, politics and romance. It wouldn’t be Stephen King if there weren’t some extraordinarily descriptive gore involved, but Constant Readers will be happy to see that King’s monumental talent for character and plot development translate well to other genres.

Our hero – Jake or George, depending on where you are in the book – is shown a portal that will drop him into the late fifties, back when milk was as thick and real as the racism, and social upheaval and the assassination of John F. Kennedy was still years in the future.

The man who ushers Jake into his new career as time-traveler is Al, the owner of the diner that houses the portal. Dying from cancer, Al decided to go through the portal permanently to prevent the assassination of JFK; but fearing he won’t live long enough to be successful, he recruits Jake to take on the task and arms him with plenty of information and money to make a successful run.

Through the magic of fake IDs, Jake becomes George, the man who goes back to a time without iPhones or the internet, to try to change history. But will it be everything he hoped? Will George risk everything for JFK?

An intense, emotional and thought provoking study on the “butterfly effect,” 11/22/63 will thrill you from the first page to the last.

I give this book 5 Sunshines, and expect it to be on my “re-read list” within a year.

Want to know more?  Here is an interview with Stephen King about his first attempt to write 11/22/63!