Synopsis:
The year is 2039, and Jack Fisher is the last living survivor of the Holocaust. Set in a world that is abysmally complacent about events of the last century, Jack is a 100-year-old man whose worst memories took place before he was 5. His story hearkens back to the Jewish ghetto of his birth and to Auschwitz where, as a little boy, he had to fend for himself to survive after losing his family. Jack becomes the central figure in a missing-person investigation when his granddaughter suddenly disappears. While assisting police, he finds himself in danger and must reach into the darkest corners of his memory to come out alive.

This is a giveaway hosted by Partners In Crime Virtual Book Tours for Jerry Amernic. There will be ONE U.S. or Canadian winner. The giveaway begins on May 1st, 2015 and runs through June 12th, 2015.
a Rafflecopter giveaway
Read an Excerpt:

He was a tough sort. Ninety-five years old with elastic skin stretched across his bones like taut canvas, he was supposed to be an easy mark. Fragile and weak. A pushover. Albert Freedman lived by himself in a flat on the upper East Side, and when they came for him they didn’t expect any trouble. Albert knew something wasn’t right when the second one walked in, but the voice was soft and reassuring.

“We’re here to change your palm reader,” he said through the door. We’re doing all the apartments on your floor today and you’re the first. It won’t take five minutes.”

“You’re here to change my what?”

“I donno what yer talkin’ about. Go away!”

“You don’t understand. There’s a problem with the sensor. You know, the thing that opens your door when you put your hand in front of it? The palm reader?”

“It scans your hand. Your print. Then it lets you in.”

“I realize you don’t want to be bothered but this is for your security. It’s like putting a new lock on the door.”

“That’s right. The sensor in your palm reader is ten years old.”

Albert looked, but he didn’t see anything. His eyes weren’t good. “Where does it say that?” he said.

“On the side of the door. It might be hard to read. The numbers are small.”

“Trust me. The thing is ten years old and it’s not working right. But we have new ones now that are much better. But it’s not only that. You see there was a break-in last week and they want everyone’s palm reader changed. That’s why we’re here. You’re the first one on our list, Mr. Freedman. We’ll be done in five minutes. Can we come in?”

He was ninety-five years old. He wasn’t supposed to be asking questions like that. He was just supposed to open the door so they could kill him and make it look like a robbery.

There was an audible sigh from outside the door. “Look Mr. Freedman. It’s like this. Doing all these sensors isn’t going to be much fun for us but the landlord said you’re a nice guy and we thought we’d start with you.”

At first nothing and then the jiggling from inside the door started again.

Albert released the latch that was linked to a sensor that had nothing wrong with it in a building where there had been no break-ins the past week, the past month or the past year. The first man through the door was short and slight, thirtyish with close-cropped hair and a soothing voice. He had a tattoo on his arm that looked like a snake, and if Albert had seen that he wouldn’t have opened the door. But then it was too late.

“Thank you,” the man said with a disarming smile.

The one behind him, younger and bigger with straggly hair and brown skin, burst through the door and pushed Albert out of the way. Old Albert fell against the wall and managed to brace himself with his hand, but the sudden impact jarred his wrist. The arthritis. Then the girl appeared, tall and skinny, dressed in black. Albert never got a good look at their faces, but it didn’t matter. He would be dead before they left.

“Where do you keep the money?” the girl screamed at him. “Tell us!

The small slim man with the snake on his arm turned, retreated into the hallway and closed the door behind him. In his hand was a little gadget with a screen on it. He touched the screen and a list of names came up. He ran his fingertip over the last name – Albert Freedman’s name – and it disappeared. Then he was gone.

The girl began riffling through Albert’s cupboards and drawers. Albert was confused. He didn’t get many visitors.

“Where do you keep the money?” the girl said again.

The man who was now inside Albert’s flat didn’t waste any time. He came for him with his fists clenched. He hit him in the face and knocked him to the floor. Albert fell on his side, his hip, but was close enough to the door so he could reach behind it for his cane. The one with the heavy metal handle. He always kept it there.

Blood dripping from his nose, he scrambled to his knees, brought the cane back over his head, and with every ounce of strength he had walloped the intruder or thief or whatever he was across the ankles. There was a loud cry, but Albert wasn’t finished. He got to his feet, straightened up, and brought his cane back a second time. Now he turned on the girl and landed that metal handle square on the back of her shoulders.

The beating took less than a minute. Albert, barely conscious, lay on the floor, bloodied and battered to a pulp, a near corpse of broken bones. He couldn’t move and the only thing to feel was pain. The man with the brown skin and straggly hair turned him over so he was face down and all there was to see was the cold dusty floor. It was the last thing Albert would see in his ninety-five years. He sniffed at the acrid air as a knee went deep into his back and the cane came up under his chin. Albert gurgled a few times, there was a crack, and his body went limp. 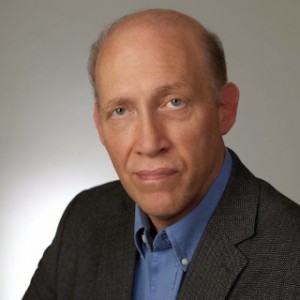 Jerry Amernic is a Toronto writer who has been a newspaper reporter and correspondent, newspaper columnist, feature writer for magazines, teacher of journalism, and media consultant. His first book Victims: The Orphans of Justice was a true story about a former police officer whose eldest daughter was murdered and who became a leading advocate for crime victims. This resulted in Jerry’s column about the justice system for The Toronto Sun. More recently Jerry co-authored Duty – The Life of a Cop with Julian Fantino, the highest-profile police officer Canada has ever produced and now a member of the Canadian Cabinet. In fiction, Jerry’s first novel Gift of the Bambino was praised by The Wall Street Journal in the U.S., The Globe and Mail in Canada, and others. His latest novel is the historical thriller The Last Witness. Just released is the Biblical-historical thriller Qumran.

Thank you Partners in Crime Tours for letting me join another great book tour!

One response to “Book Showcase & Giveaway: The Last Witness by Jerry Amernic”