I’m excited to feature a showcase today of Bryant’s Gap by Michael E. Burge.  You may remember reading my review of this fun and well-written mystery a few months ago here.  If you haven’t read BG yet and you like mysteries, I highly recommend that you just go order/download a copy already, purchase links are below.  There’s also a great giveaway at the bottom of this post! 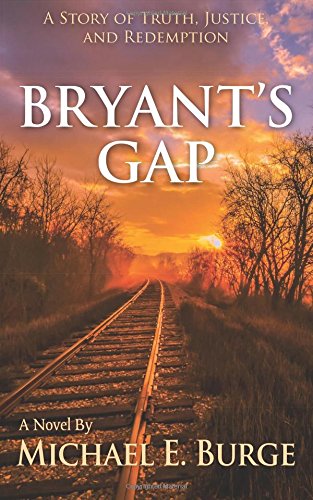 Bert Thatcher, Bargetown’s chief of police for the last twenty years, was standing about a hundred yards down the railroad tracks when Grady Colston spotted him from the highway.

Grady slowly worked his way down the steep, moss-covered concrete embankment under the overpass. A foot in the wrong place and he would be on his ass, sliding toward the thick patch of bramble below.

When he reached level ground, he walked along the narrow, overgrown path to a small clearing where he had access to the tracks. A dozen crows were circling overhead, and from a nearby grove of pines, he could hear the annoying chatter of a host of others. He climbed the mound of ballast, stepped between the rails, and began moving from one tie to the next, carefully avoiding the pools of oil that had collected in several locations along the way. The last time he’d walked a stretch of tracks he had to scrap the pants he was wearing and use turpentine to remove the tar and oil that coated his newly polished Florsheims.

Grady had been a railroad detective for more than two decades. He had walked miles of track. Not my favorite part of the job, he thought, as he moved gingerly along, instinctively looking for anything that didn’t fit the scene.

He could smell the diesel fuel from the exhaust vents in the corrugated-metal Quonset hut in the lot adjacent to the tracks. The mechanics were busy inside. He could hear the sound of motors and metal-to-metal hammering. The sign on the front of the building read:

As he approached, he could see patches of sweat adorning the Chief’s khaki shirt. His dark green trousers were sharply creased, and there was a narrow black stripe running down the outside seam. The green matched the wide-brimmed straw campaign hat that sat high on his head. His holster was slung low around his waist to accommodate his melon-sized belly, and the .45 revolver looked a lot like the one Joel McCrea used to shoot his way through Indian Territory in a movie Grady had seen a year ago.

He’d never met Bert Thatcher, but recognized him from photographs. Bert was puffing on a cigar, studying the scene around the body that lay at his feet. Grady extended his hand. Bert grabbed it, squeezed, and pumped like he was trying to bring water up from a dry well.

“It’s a pleasure, please, call me Grady. I don’t know why we haven’t bumped into each other over the years, Chief. We’ve both been at this business a long time.”

“I saw you around the depot a time or two. Meant to introduce myself, but wasn’t quick enough on the draw. You were gone before I could get to you.”

“I had my secretary call the Illinois Central office about an hour ago to get some information on the train schedules, and they told her you were here. Good thing they were able to get ahold of you before you checked out. I’m bettin’ you’ve dealt with a lot more stiffs over the years than I have, and I’ve got a strong feelin’ I’m going to need all the help I can get on this one.”

Bert reached down, lifted the gray tarp from the body, and tossed it aside. It was a man’s body, lying face down, outside and parallel to one of the track rails. The light green short-sleeved shirt and dark pants he wore were matted with dried blood that had flowed from a place below his right shoulder, where his arm had been attached.

“Where the hell is his arm?” Grady asked, scanning the area for a clue.

“Not much mystery there,” Bert said, and pointed to a spot down the tracks about thirty yards. “We threw a tarp over the limb as well. Birds were feeding on it. I reckon dogs may have dragged it to where it is now. There’s a pack of wild ones that cross through this patch a few times a day on their way to the dump. Some of the men who work at Wilkes’ don’t even like walking to their vehicles at night. A couple of those hounds looked rabid.”

While the chief was talking, Grady spotted the trail of blood from the body along the track toward the severed limb.

“The way I see it, this fella was looking for a hitch to somewhere down the line and decided to let the I.C. pay for the ticket.” Bert was chewing on the end of his cigar stub between words. “Looks like he may have made a slight miscalculation when he tried to grab on, got caught up somehow and was dragged a ways. Got a contusion on the side of his coconut the size of a baseball, and cuts and bruises all over his body. He probably fell under the train and it lopped off his arm, or maybe he was lyin’ there and another train came along and did the job. Either way, let’s hope the blow to the head knocked him silly before the arm got ripped. I wouldn’t wish that kind of pain on my worst enemy.”

“Bryant’s Gap is an intriguing murder mystery with much stronger character development than you see in many of today’s bestsellers.” ~ Kimberly @ Lazy Day Books 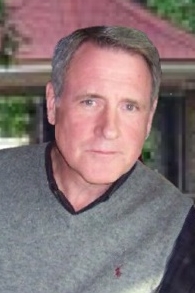 Michael E. Burge learned to play the piano in his forties, golf in his fifties, and now, recently retired from a career in marketing, has gone on to publish his first novel—Bryant’s Gap. Set in 1947, the story is peppered with childhood memories of the locations where he grew up; a small town on the Wabash River and the suburbs of Chicago.
Catch Up:

Don’t Miss Out on Your Chance to Win!

This is a giveaway hosted by Partners In Crime Virtual Book Tours for Michael E. Burge. There will be 1 US winner of a $20 Amazon Gift care & multiple US winners of 1 eBook copy of Bryant’s Gap by Michael E. Burge. The giveaway begins on October 12th, 2015 and runs through October 13th, 2015. For US residents only. a Rafflecopter giveaway